KCC Portland Center is now open for in-person gatherings. Please check our calendar to see which KCC practices and study groups are virtual or hybrid (also on Zoom). 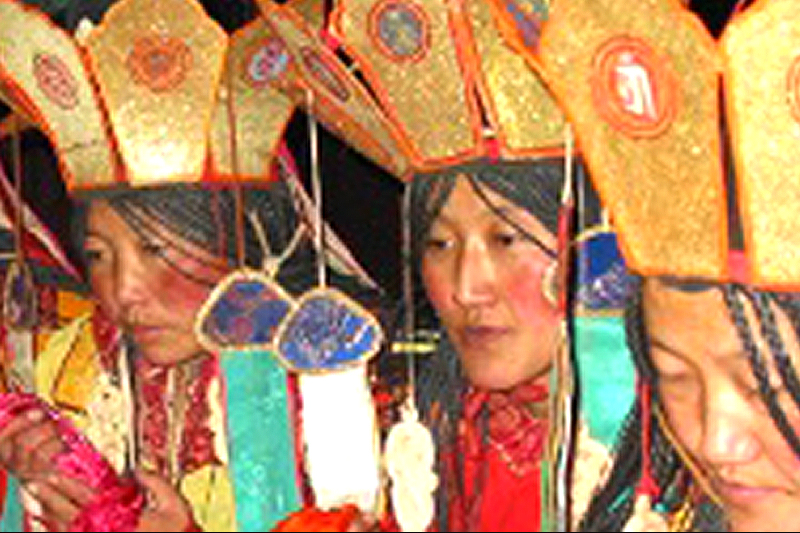 NOTE:  We will begin at 6:00pm to allow time for discussion with the filmmaker.

Join us for a screening and discussion of the award-winning documentary Blessings: The Tsoknyi Nangchen Nuns of Tibet. A special discussion will follow the 90-minute film with the filmmaker of Blessings, Victress Hitchcock. Vicky will share her journey to produce the award-winning film as well as answer any questions we might have about the Nangchen Nuns, the journey to Tibet, film production or the rewarding personal experience she gained as a Buddhist practitioner.

The film documents the lives of the Tsoknyi Nangchen Nuns—3000 remarkable women who live and practice an ancient yogic tradition in remote nunneries and hermitages in the Nangchen region of Eastern Tibet.

During the Cultural Revolution, all 40 nunneries of this thriving tradition were destroyed. The nuns returned to nomadic homes, were sent to work camps or didn’t survive. But a few retreated into caves to practice and wait. Twenty years later, the remaining nuns emerged and began to rebuild.

Narrated by Richard Gere, with music by Ani Choying Drolma, the film documents the journey of Tsoknyi Rinpoche III accompanied by a few western students, who explored the unique lives of the nuns. Tsoknyi Rinpoche III tells the remarkable story of the first Tsoknyi Rinpoche, whose revolutionary idea that women should receive the same teachings as men initiated the lineage of Tsoknyi Nangchen nuns more than a century ago. The film places the Nangchen nuns’ practice in the context of the largely male dominated history of Buddhism in Tibet.