12/24/2021: KCC is closed to indoor gatherings at the Portland Center until further notice. 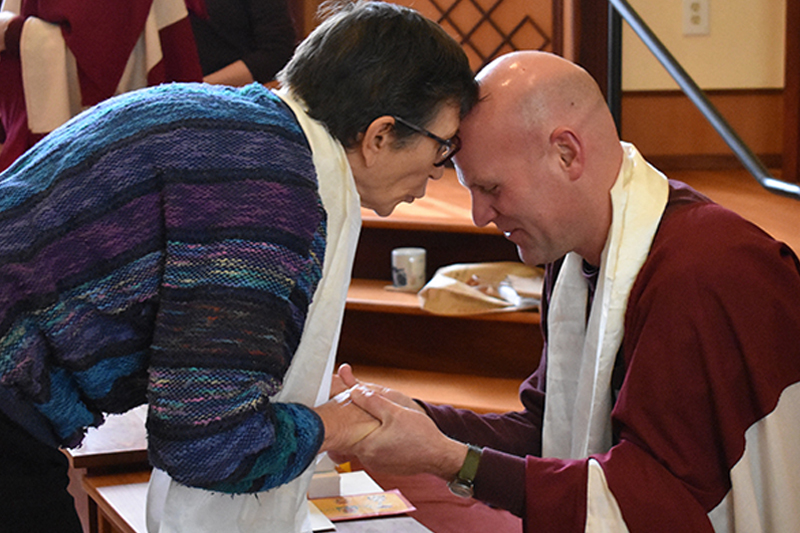 The KCC Board of Directors is delighted to announce that at the completion of his first year, KCC has offered and Lama Eric has accepted the position of permanent Resident Lama.

Recognizing the important considerations in engaging a permanent Resident Lama, the KCC bylaws provide a probationary year during which KCC—the Board, Program Council (PC) and sangha—would evaluate the suitability of the Resident Lama before making a long-term commitment. Our decision is the result of this process. The Board is grateful for all of the input from the sangha and the PC that allowed us to make this decision as guided by the bylaws.

Lama Eric’s ‘initiation’ as KCC’s Resident Lama was bound to be challenging: he was assuming a position with new kinds of responsibilities to sangha members, most of whom he did not know, as well as the larger KCC community and the public. Two short months into his tenure the COVID epidemic curtailed KCC’s abilities to offer face-to-face assembly and instruction. But looking back, under Lama Eric’s leadership (supported by the Program Council and KCC’s communication teams), KCC’s program offerings blossomed with a full schedule of virtual interactions. 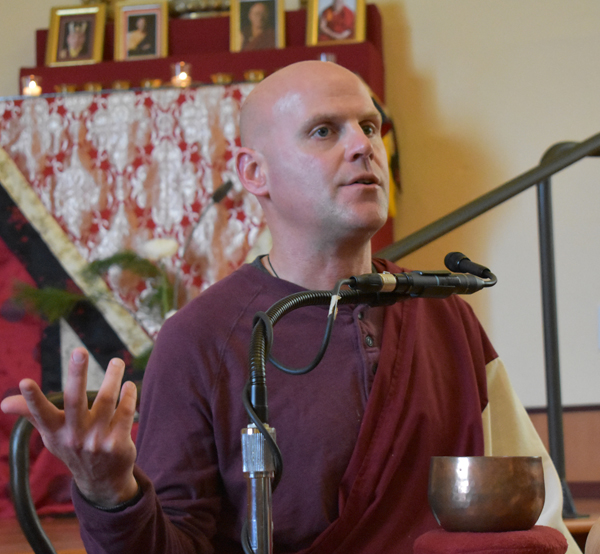 “I am honored to be invited to be part of such a warm and committed sangha. I look forward to many years of individual and communal growth and development that we can then share with all we touch.”

This year has been quite successful to say the least. In consideration of this agility as well as feedback from the Board, PC and sangha, the Board has judged that Lama Eric’s probationary year has been unquestionably successful and we are delighted to have him as our permanent Resident Lama.

Join us the first Sunday Shamatha Meditation – Half Day on January 3rd, our sangha’s first opportunity to celebrate Lama Eric as our permanent Resident Lama.