Kagyu Changchub Chuling was founded by Kyabje Kalu Rinpoche, a meditation master in the Karma Kagyu and Shangpa Kagyu lineages. In Buddhism, the word “lineage” identifies the masters of a particular school and the unbroken transmission of ritual practices, textual transmissions, and meditation instructions that have been passed down from the founders of the tradition to the lineage holders of today. It’s a practice that started with the historical Buddha, who gave his own students the instruction that would form the core of all Buddhist teachings that they in turn passed on to subsequent followers. 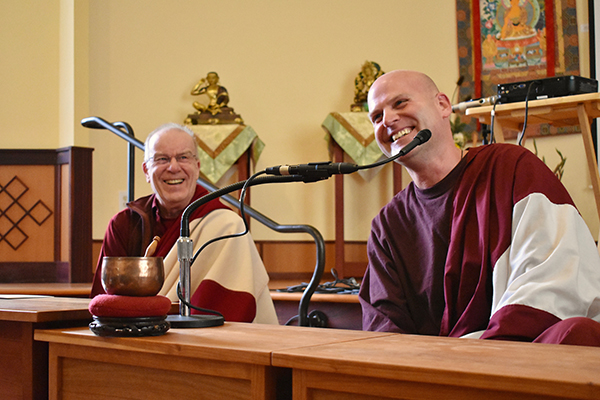 Kalu Rinpoche (1905-1989) was a renowned meditator and champion of contemplative retreats. By his late 30s, Rinpoche had spent half his life in cloistered or solitary retreat. In his later years, Rinpoche traveled the world introducing foreigners to Buddhism and founding dozens of dharma centers and several three-year retreat facilities in multiple countries on four continents. The essence of Rinpoche’s instruction was the importance of meditation practice through which one can discover the inherent awakening that lies within.

Marpa the Translator (1012-1097) was a Tibetan who traveled to India three times and spent over twenty-one years in India and Nepal gathering Buddhist teachings. Though he studied with many great beings, his main teachers were Naropa and Maitripa, both mahasiddhas—highly realized adepts who often lived unconventional lives. The corpus of teachings Marpa received, took back to Tibet, and propagated became known as the Kagyu—the oral lineage.

Marpa’s main student was the renowned yogi Milarepa, famous for living in the formidable snow mountains of Tibet with little more than a cotton shawl for warmth and nettles for sustenance. Milarepa’s principal disciple was Gampopa, the first monastic in the lineage, who combined the esoteric teachings he received from Milarepa with the Kadampa system and its more gradual, systematic approach to practice. One of Gampopa’s greatest students was Dusum Khyenpa who came to be known as the first Karmapa. The Karma Kagyu lineage is named after him, and successive incarnations of the Karmapas have been the heads of this school right up to the seventeenth Karmapa, Ogyen Trinley Dorje.

The Shangpa Kagyu lineage was founded in Tibet in the 11th century by Khyungpo Naljor (1002-1164). Like his contemporary, Marpa the Translator, Khyungpo Naljor also traveled to India to receive teachings. Over seven trips across the Himalyan mountains to the subcontinent, he attended over 150 teachers, including two fully-realized female masters, Niguma and Sukhasiddhi, as well as other great mahasiddas such as Maitripa, Rahula-gupta, and Vajrasana. The teachings that Khyungpo Naljor carried back to Tibet and propagated became known as the Shangpa Kagyu, named after the site of his main monastery in the Shang region on Tibet.

By the mid 1800s, the teachings of the Shangpa Kagyu were not unified as one tradition but were held in disparate areas by various lineages across Tibet. Jamyang Khyentse Wangpo and Jamgon Kongtrul Lodrö Thaye gathered them again, and the latter secured them for posterity by including the linages’ empowerments, textual transmission, and practice texts in one of Jamgon Kongtrul Lodrö Thaye’s Five Great Treasuries. He professed that the Shangpa Kagyu teachings were especially profound for three reasons: 1) All of the lineage holders have been highly-realized bodhisattvas; 2) The key instructions—the very words of Niguma herself—have not been diluted; and 3) The blessings of the lineage remain potent.

Nearly all of the retreat centers founded by Kalu Rinpoche practiced the Shangpa Kagyu teachings. Each of KCC’s three resident lamas to this day trained in this tradition, and the three-year retreat conducted at our retreat land practiced these teachings. 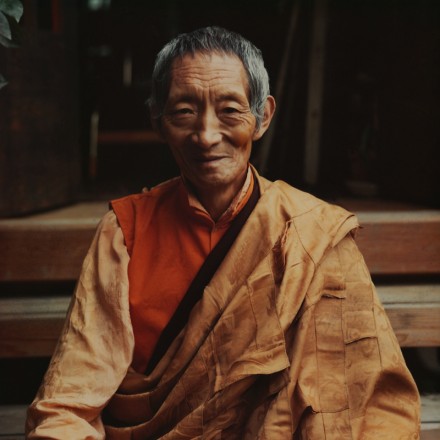 The life of our founder, Very Venerable Kalu Rinpoche, is one marked by an abiding commitment to retreat. He began his studies at Palpung Monastery in Tibet where he completed a Shangpa Kagyu three-year retreat. Following his retreat, Rinpoche entered a period of study, receiving numerous teachings from many masters of the lineage. When he was 25, Rinpoche left Palpung to pursue the life of a solitary yogi in the mountains and countryside of Kham. He spent twelve years in solitary retreat.

Following his period of solitude, Kalu Rinpoche was called back Palpung by Situ Pema Wangchok who installed him as the retreat master for the Shangpa and Karma Kagyu retreat centers. In the 1950s, he conducted more retreats. In 1961 he moved to the Do Tsuk Monastery in Darjeeling in West Bengal, and in 1966 took nearby Samdrup Dargye Ling Monastery of Sonada as his monastic seat. His first act was to found a retreat center.

Kalu Rinpoche was open to teaching the Dharma to international students who found their way to India in the 1960s. At their request, he began to travel to Europe, North America, and Southeast Asia in the 1970s, establishing his first Western center, Kagyu Kunkhyab Chuling, in Vancouver, Canada. He also founded a retreat center in France in the mid-1970s, offering the first three-year retreat of the Shangpa and Karma Kagyu lineages to western students. Thereafter, he established a number of other centers in North America, including KCC in 1976. He died at his monastery in India in 1989. 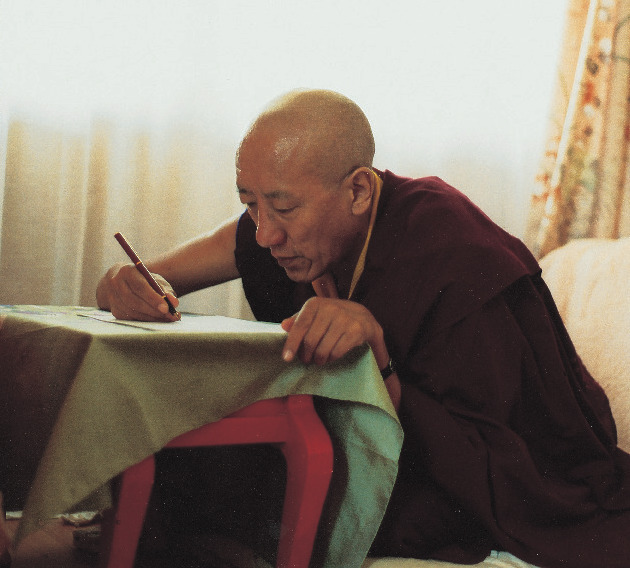 Kyabje Bokar Rinpoche Chokyi Lodrö was the second incarnation of his line. He was a meditation master of the Karma Kagyu tradition and inherited the responsibility as the main lineage holder of the Shangpa Kagyu school. KCC’s connection to Rinpoche was especially close in that he created a curriculum for Western students that forms the core of a program taught at KCC.

Bokar Rinpoche was born in Western Tibet in 1940. At the age of four, His Holiness the 16th Karmapa recognized him as the reincarnation of Bokar Tulku, and later officiated at his enthronement. Rinpoche began his education at the monastery of his previous incarnation and also studied at Tsurphu, the main seat of the Karmapas, before fleeing Tibet at age 19. It was in India that he became a student of Kalu Rinpoche, completing separate Shangpa and Karma Kagyu three-year retreats under his guidance. Following his own retreats, Bokar Rinpoche became the retreat master at Kalu Rinpoche’s monastery in Sonada. In 1978, Kalu Rinpoche and the Sixteenth Karmapa jointly appointed him retreat master for the latter’s newly constructed three-year retreat facilities at the Karmapa’s seat in Rumtek, Sikkim.

In 1984, Bokar Rinpoche secured some land in Mirik, just across the valley from Sonada. He first built a small retreat center and led a one-year retreat in the yogic practices of Kalachakra. Over time, more and more monks were entrusted to Rinpoche’s care and Bokar Monastery gradually developed into a thriving hub of monastic activity boasting a spacious temple, two retreat centers, a school for young monks and underprivileged locals, and a nearby nunnery and monastic college.

For the benefit of foreign lay practitioners, in 1992 Rinpoche began the Mahamudra Program that offers a progressive curriculum through the preliminary and main practices of the Mahamudra tradition. Rinpoche said of the program, “Our approach with the seminar, at the very beginning, was to emphasize not rejecting work, family and so forth—but to integrate a daily practice into one’s lifestyle.” Through this program, hundreds of students worldwide have received these instructions in English, French, Tibetan, and Chinese in annual seminars in India, France, and North America.