Kagyu Changchub Chuling was founded by Very Venerable Kalu Rinpoche in Portland, Oregon in 1976. In its early years, several pioneering students practiced first in a bookstore in downtown Portland and beginning in 1977 in a rented house on Southeast Oak. 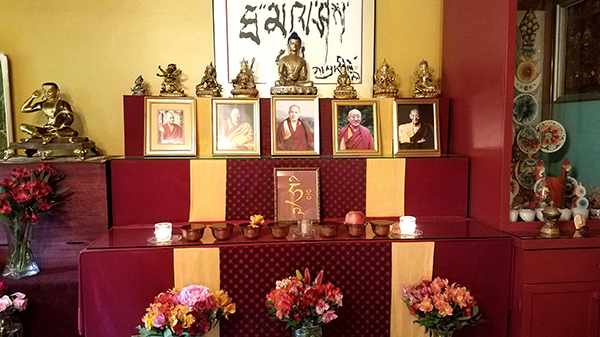 In 1981, the growing sangha rehabilitated an old home in Northeast Portland. The new center served as a place of practice as well as a residence for Lama Thinley Drupa, selected personally by Kalu Rinpoche to act as KCC’s first Resident Lama, and other sangha members, some of whom are still at KCC.

In 1991, Bokar Rinpoche visited KCC, and gave Lama Thinley permission to retire. Over the next year, members began searching for a new teacher. They approached Lama Michael Conklin, a San Francisco-based student of Kalu Rinpoche who had recently completed a three-year Shangpa Kagyu retreat in Marcola, Oregon under the guidance of Lama Tsang Tsing. In 1993, Lama Michael agreed to serve as KCC’s second Resident Lama. 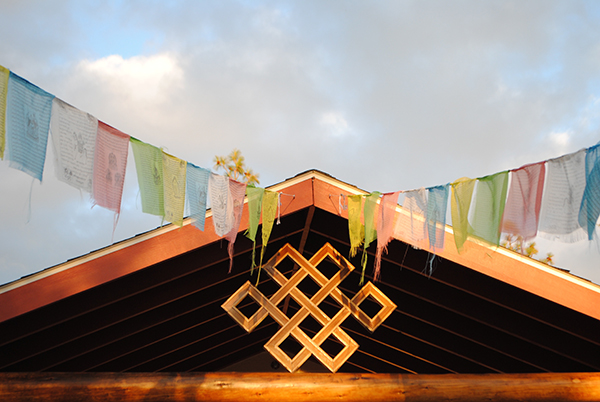 Under Lama Michael’s leadership, KCC grew substantially. A watershed moment in the center came in 1996, when Bokar Rinpoche visited Portland to offer his Mahamudra Seminar. It attracted 200 people and permanently boosted KCC’s growing sangha. In 1999, fueled by sangha interest in long retreat, KCC began planning to acquire land to build retreat facilities. In 2001, our community acquired 240 acres of wooded land near Goldendale, Washington and began developing it over the following decade. There we built a facility capable of hosting shorter sangha retreats as well as long-term cloistered retreats, in addition to facilities for a community of support staff.

The three-year retreat concluded in 2018, and Lama Michael Conklin announced his retirement a year later. After a search for a new lama, KCC turned to Lama Eric Triebelhorn, who first came to KCC in 1995. Lama Eric came back to Portland from Mirik, India where, following his own three-year Shangpa Kagyu retreat, he had been serving as a translator for Khenpo Lodrö Donyö Rinpoche and an English teacher for the young Bokar Rinpoche.